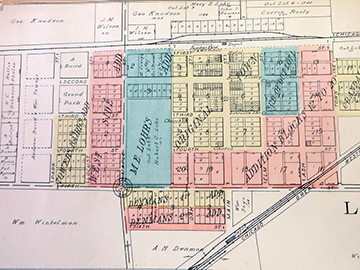 FEATURES OF MAPS AND PLAT BOOKS

Historically, Iowa had more miles of roads and railroads per square mile than any state. Explore in our historic map collection how they developed as well as disappeared. View Calhoun County in the 1880’s when roads were mere paths across the prairie. Locate the farms, homes and businesses of the earliest pioneers. Watch towns as Wightman, Lohrville, Rands, Jolley and Knierim appear as the railroads crossed the county. While the settlements of Muddy, Yatesville, Calhoun and Kissimmee quietly faded from maps. Study the locations of the many Native American encampments in the county, the early trade routes, stage and military roads, the discontinued post offices.

State of Iowa maps from various years detail the towns, cities, rivers, lakes, roads and railroads. The Calhoun County atlases and plat maps provide a closer inspection of these in addition to marshes, country schools, drainage lines, homes and businesses. 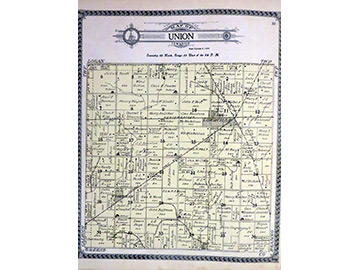 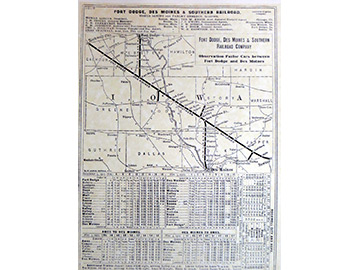 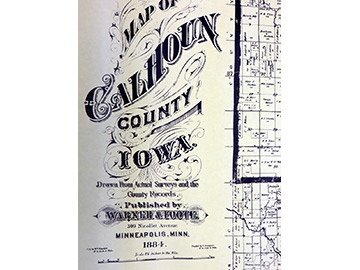 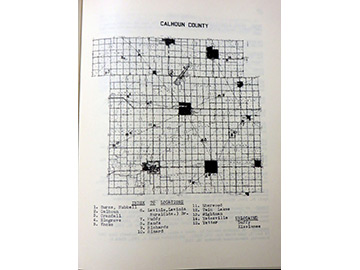 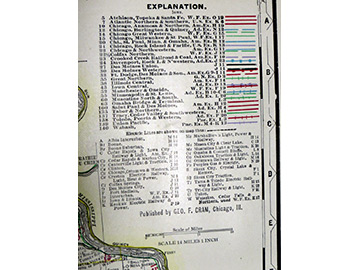 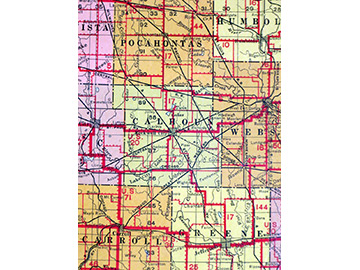 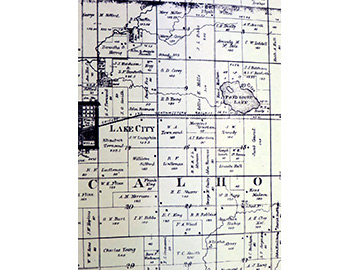